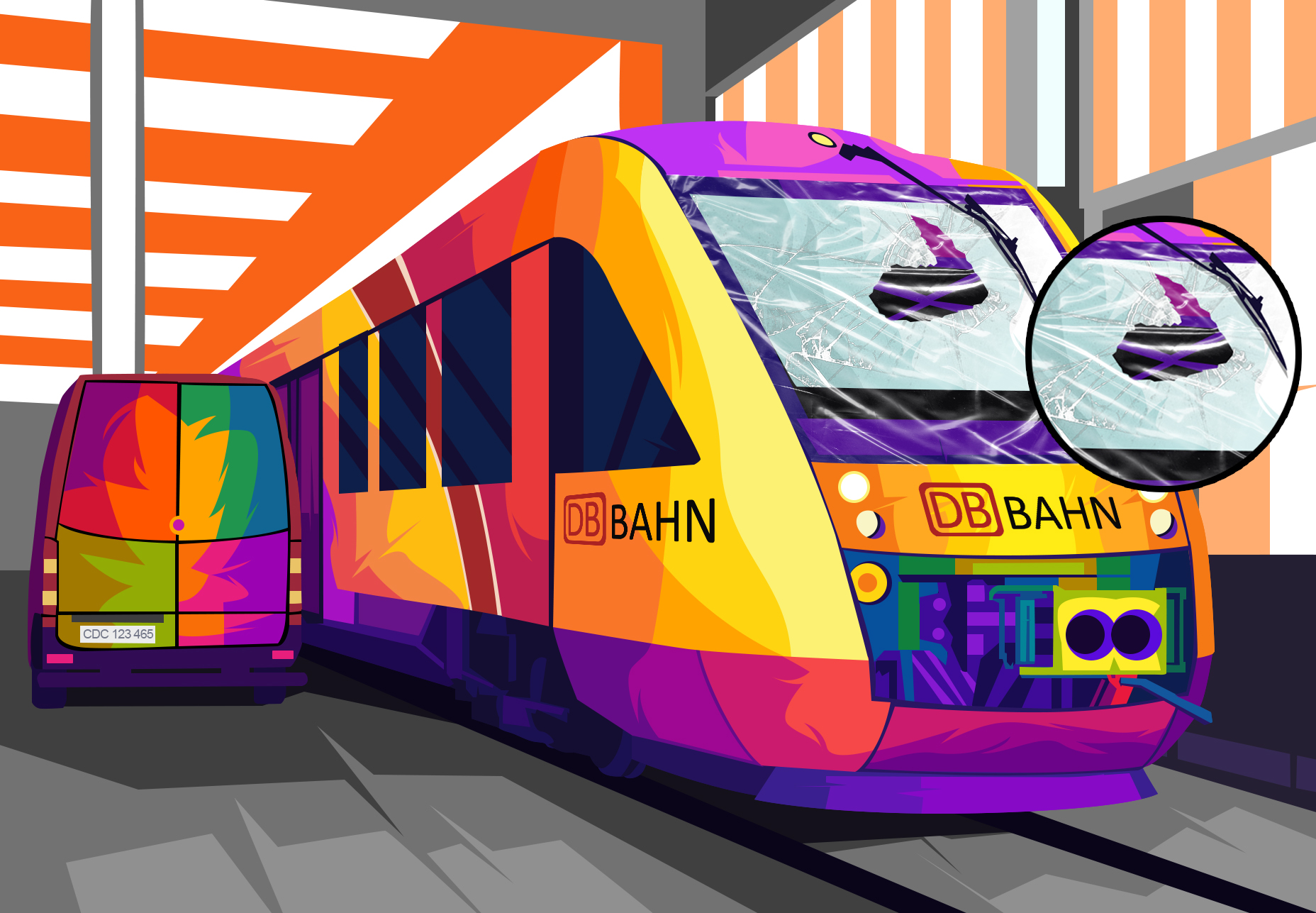 The Potsdam-based company nxtBase wins one prize after the other. How come? By offering digital, virtual checklists. But what exactly does nxtBase do? Customers receive data glasses, so-called smart glasses into which companies can enter their checklists, e.g. those for checking aircraft doors or railway wagons. With these smart glasses, warehousemen, fitters or service technicians can process digital lists step by step, with their hands free. “What and where should that go?” “Is this the right component?” “How did we do that again?” The smart glasses have answers to all of these questions. Moreover, everything can be documented with the camera. Employees standing in front of a machine can be shown the various components – including designations – via WLAN. For example, if somebody has to inspect the door on an aircraft with hundreds of components, the glass will tells them what to inspect and in what order. If a part is in order, the next step will then follow. If not, the employee can find out step by step what the matter is. If he was to look at plans, he would have to keep turning around each time. And there also wouldn’t be any documentation of what he did and how he did it. “This check is important for our customers – for instance, in the aerospace or railway industries,” says Jörg Jonas-Kops. “It’s like TÜV, it has to be a real check. With our solution, the person placing the order knows where there’s a snag in the process. The glass can also be used, for example, to check whether a spare part for the part that has to be removed is available in the warehouse or has to be ordered.

The checklists can be deployed in all kinds of industries. “It’s like a teleprompter which I can still talk to and it will answer questions,” says Jörg Jonas-Kops. “I can view pictures and videos and complete instructions. Then I can decide: is it good or not good?” SmartGlass is also useful for the onboarding process. It shows new employees what they have to do and how. In addition, there is the possibility of remote support. For instance, if an employee is standing in front of a switch box, he can be guided by another person who is located somewhere else in the world.

Whoever wants to test nxtBase solutions can do this quickly and in a straightforward manner. This can be done within a day. nxtBase simply reads in the customer’s Excel checklist and the customer can already get started working the following day and processing their checklists using voice control. The costs for this are kept within reasonable limits. A workshop is included in the price. The second and third steps are then more individualised. The solution can be docked on to the Enterprise Resource Planning software and analyses can be performed. In 2018, the International Aerospace Exhibition in Berlin saw the company team up with its customer Premium Aerotec (a 100% Airbus subsidiary) to win the German Aerospace Innovation Award in the category for “Industry 4.0” – and even reach the finals there yet again in 2019. In addition, the jury of the MTH Accelerator has recently decided to support nxtBase. The Potsdam startup also beat off competition from 70 other startups to win the Founder Prize at the Forum Kiedrich startup market. Moreover, the company is currently involved in a major research and development project backed by the BMWi together with the University of Potsdam, and nxtBase was selected by a jury consisting of Fraunhofer Venture, High Tech Gründerfond and VDI/VDE for the FMD Space of the Fraunhofer Institute. The result is an ultrasonic sensor which checks whether the bonding of panes to tracks and airplanes is still in order. Until now, the panes had to be smashed in order to see if this was the case. nxtBase can connect the sensor to its system so that an ultrasound image then shows the bonding. “That’s something that nobody else in the world had been able to do until now,” says Jörg Jonas-Kops. This means that another item on the track inspection checklist can be ticked off.

nxtBase’s customers include Swiss Railways SBB Cargo International, Hamburg Port Authority, MAN and Deutsche Bahn, as well as Fujitsu and the Airbus subsidiary Premium Aerotec. An important cooperation partner is Haenel, a market leader for lifts. The office in the Start-up and Technology Centre is located right next to Studio Babelsberg and close to the university and the Hasso Plattner Institute. Studio Babelsberg is home to Volucap, a company from the MediaTech Hub Potsdam; it will be embarking on a cooperation with nxtBase in the near future. Moreover, Jörg Jonas-Kops is pleased about the proximity to the University of Potsdam with whom nxtBase is collaborating on several research projects. He also appreciates the proximity to the Hasso Plattner Institute.

In fact, nxtBase was created after Jörg Jonas-Kops, who originally comes from the real estate sector, became a “Google Approved Sales Channel” for Google Glasses in 2013 after he had made a pitch to Google. He sold around 150 of these glasses. The IT manager of MAN also contacted him at the time. He wanted the glasses – and a suitable application to go with it as well. When the project actually came to fruition, Jonas-Kops quit his old job – to dedicate himself entirely to the new task. He docked Google Glass on to SAP, which was a novelty at the time. A friend advised the man from Cologne to come to Potsdam to set up his company – also because of the ERDF funding from the ILB. Jörg Jonas-Kops followed the advice – and has been firmly established in the MediaTech Hub Potsdam’s cosmos ever since.