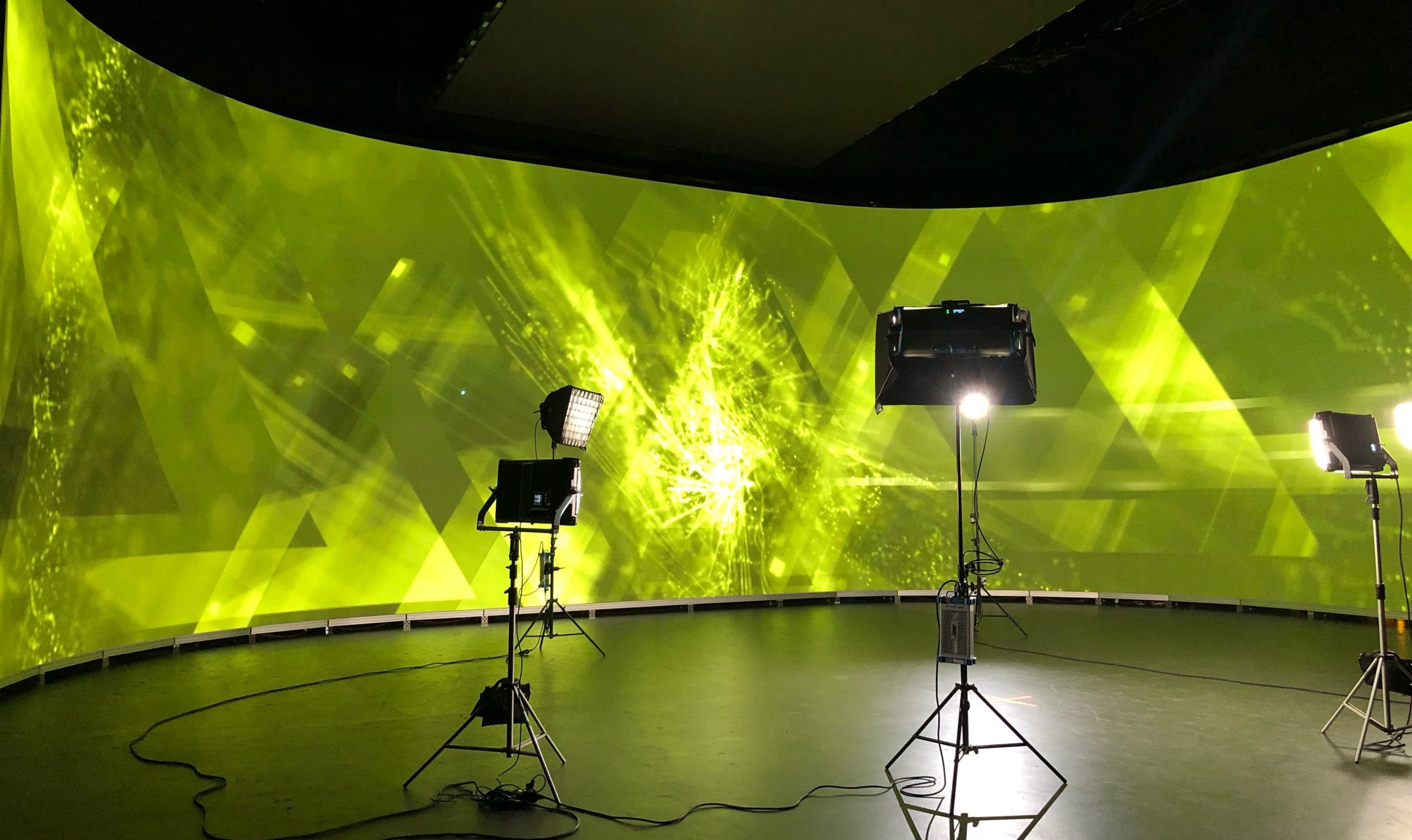 A digital set in real time instead of shooting in front of a green screen: this is what Virtual Production promises. The future will see films being made in huge LED studios where any setting, location or a specific background can be projected as content while the camera is running. This opens up completely new possibilities of interaction and storytelling for the directors and actors. But the filmmaking process will also see changes. The technology requires a new kind of planning and approach during the production and post-production. Whilst one has to invest strongly, for example, in the technology at one point, large sums can then be saved elsewhere.

Two virtual production studios have been built in Potsdam-Babelsberg in recent months. It took DARK BAY GmbH just a short time to build the “Volume”, one of the largest permanent LED studios of its kind in Europe. The “Halostage”, on the other hand, is a flexible LED studio, with its shareholders Kamera Ludwig, LAVAlabs and ICT Halostage now planning further LED studios in Berlin and Brandenburg. Their studio has an LED volume of over 1,000 square metres.

We spoke during the #mediatechtalk on 22 June, 2021 with the two experts, Philipp Klausing, Managing Director of DARK BAY GmbH, and Erik Wolff, Board Member of ICT-AG, about the creative and technological possibilities of Virtual Production.

They give first-hand accounts of the new possibilities and the impact of the LED walls on film production. Both start the discussion with a premise.

“Virtual and Mixed Reality Production is more than a sound stage, it’s not just a rental product you hire. It’s a form of production,” says Philipp Klausing from DARK BAY.

And Erik Wolff adds: “We are dealing here with a technology that offers a great opportunity – an opportunity to change and reinvent filmmaking. It has the potential to deliver savings in costs and time, but, above all, free up creative potential. This requires technology drivers, infrastructure and specialists.”

The term Virtual Production actually doesn’t go far enough and is better defined as Mixed Reality. For while the content is being digitally projected onto the LED wall, the actors act in the foreground in realistic sets. Ideally, the scene is tracked with a 3D camera so that a parallax effect is created in the camera. The fact that film locations can thus be made to look more authentic is sure to be the most outstanding feature for filmmakers. This is not necessarily the case when you are filming an episode of Tatort in Münster or Hamburg, but it’s crucial when creating fantastic worlds or scenes set on the moon and Mars, for example, or really difficult-to-access places on Earth like Mount Everest. This is also true of the series “1899” which tells the story of emigrants who set off to cross the Atlantic by steamship in the last century.

Philip Klausing refers again to the example of the Netflix production: “We had begun writing the scripts during the lockdown last year and then had to consider: how do we tell a pan-European series that is not only set in the North Atlantic, but also at locations in Spain, Scotland, Denmark? How safe are we going to be at outdoor locations during the pandemic? A studio environment protected from the elements was the obvious choice.” This was a crucial factor for DARK WAYS GmbH when deciding to set up DARK BAY GmbH. Apart from simplified logistics and a safe studio environment, Virtual Production also offers advantages from an artistic point of view as far as the lighting is concerned. Computer-generated backgrounds don’t normally shine real light into the set. They don’t create reflections as you would have in real life on such reflective surfaces as puddles, car roofs or metal helmets. Sometimes, it can just be a beam of sunlight hitting the ground. This creates natural light and is immediately perceived as such by the human eye. Thanks to the huge LED walls, the lighting is realistic. The corresponding backdrops are supplied by service providers who are familiar with creating digital worlds and, in some instances, come from the games industry.

But despite all the advantages, there are also restrictions with an LED stage – issues such as colour shifting, focus and blurring or the moiré effect were discussed in more detail in the #mediatechtalk. According to Wolff, one needs to explore the limits to this technology and its potential. He and his team are now developing their own LEDs to improve reflections or working with warning systems that flag up the cinematic grey areas.

The great challenge and, at the same time, opportunity is now in training qualified personnel – both experts are in agreement about this. Film studios with LED walls offer endless possibilities, on the one hand, but there are limitations on other levels. Filmmakers need to understand how to work with the camera and depth of field or how to get the most out of actors’ movements in front of the LED wall. Set designers and the art department should plan in advance on how they are going build real physical sets which can harmonise with the background. Advance planning is key since one can then dispense with whole stages in the post-production.

“We filmed a ship’s deck in the pelting rain in the North Atlantic and were then able to have the footage edited and screened by the client right away that evening. That’s half the battle and worth all the effort expended in other places,” says Klausing. The time saved in post-production is in keeping with the way one works with many streaming providers who are often on very tight schedules. For others, the time saved is not the main advantage, the creative potential is what is worth every investment.

Working with the LED technology is still about “learning on the job” for many active film professionals. The players from the film industry, film school and research institutions are working closely together within the MediaTech Hub Potsdam and at the film production hub in Potsdam-Babelsberg. The experts both agree that investing in Virtual Production offers people here a great opportunity to play a key role in influencing and driving the film market forward in the years to come.

Dark Ways’ “Volume” has just been awarded the prize for Best VR Technology at the VR Now Awards.
https://projektzukunft.berlin.de/news/news-detail/vier-vr-now-awards-fuer-berliner-xr-projekte