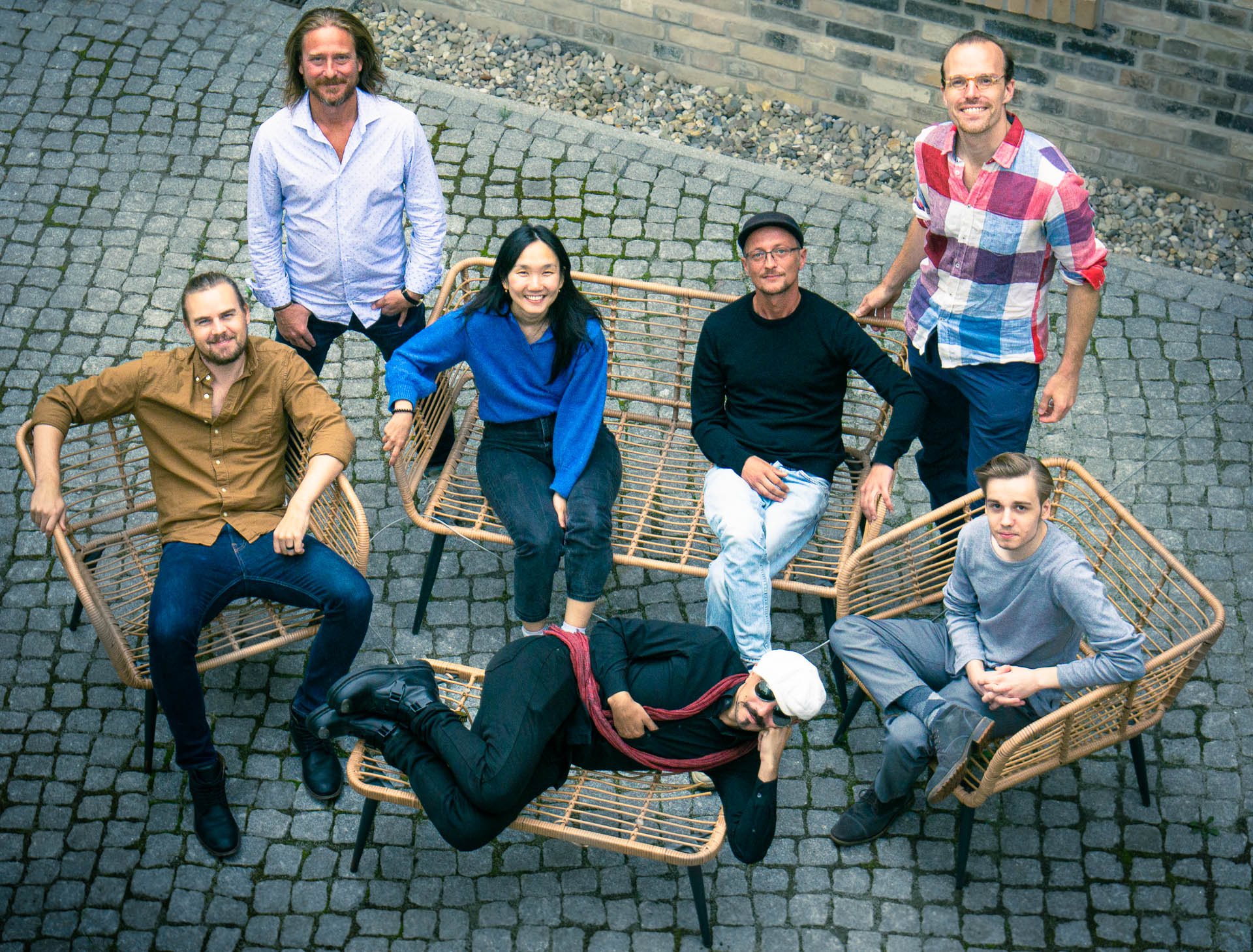 What would The Godfather be without the sad and beautiful waltz, Psycho without its  famous terrifying music for the shower scene or Pulp Fiction without the eclectic sampler of soul classics, rock’n’roll and surf music? Music is an important element for films and the emotions they convey. But how do you find the perfect soundtrack? Film teams are often faced with the challenge of clicking through numerous song options, testing them against the images and making a selection in extensive consultations. The next step then involves having to inquire about the licensing and obtain the rights.

The MediaTech Hub startup freque has developed a solution that simplifies these time-consuming and cumbersome steps and stimulates the creative process. A world first, their platform allows filmmakers to directly integrate every type of music, combine it with film clips, let the team decide on the selection and then license it. The need for the programme seems so obvious that it’s surprising that film crews are still working in such a complicated  way. Justin Michael la Valle, co-founder, Managing Director and a film composer himself, explains: “Film software is often developed by people from the film business. Music software comes from people from the music business. The interface between the two industries is rarely made use of. Innovation typically happens on one side or the other. We bring the two together.”

One solution instead of five different platforms

This is because in post-production, choosing the right music is often an ongoing process across various digital tools and involving multiple crew members. Film sequences are uploaded onto a video platform like Vimeo, a song list with up to 70 titles is shared on another music platform like Spotify or compiled and suggested by the individual members of the film’s team such as the director, film editor or agencies. Numerous emails subsequently go back and forth about which tracks the team likes the best. A small selection of titles is then sent to video editors, who put them together with the corresponding film sequences, export them and play the files back to the team. The final version making into the film must now be selected from the sequences that have now been optimally edited and combined with the music. Once this has been decided, a search is conducted through music catalogues and the relevant rights requested or obtained. The search for a similar piece will then begin if this particular piece of music is not available or is too expensive. This means that filmmakers are using up to five different platforms as well as feedback via email for their communication process.

“As humans, we are very visual beings. The focus is on the visual, and this is also the case for filmmakers. Audio production is often treated as being secondary. It’s often common practice for music to be decided at the last minute in the production workflow. Composers are commissioned when the film is almost finished. And then opinions are often very far apart when it comes to making a decision. But agreement is reached more quickly on all things visual,” says co-founder Tobias Wagner, who is also a composer and a Managing Director of freque. This is where freque comes in with the tool supporting collaborative work in the best possible way and promoting the creative process.

From music composers to tech entrepreneurs

The two founders know each other from their studies at New York’s Manhattan School of Music and have worked for a long time as composers and music producers for TV shows, commercials and films. The cumbersome working practices had bothered them for some time. After shooting a film together in Greenland, it was just by chance that they then decided to extend their stay in Berlin and went on to develop the idea for freque whilst there. Apart from the two Managing Directors, the founding team includes AI expert Stephan Baumann, who is conducting research at the German Research Centre for Artificial Intelligence, and Technology Officer Paolo Galli. The team successfully completed the MediaTech Hub Accelerator in Potsdam and has forged important contacts with other tech founders and the film industry.

A particular challenge during the development was posed by the interface design. It was designed in such a way that any kind of feedback from the team is immediately comprehensible and can be easily assigned to the different song versions without having to scroll through long conversations. “The operation is intuitive. Music is added by drag and drop. We want to keep freque as simple and accessible as possible so that everyone can work with it straightaway while very complex processes are running together in the background. That’s the technical challenge,” the two founders say. Whether it’s selecting music for Hollywood films, the access prime-time series, commercials, influencer videos or Youtube productions: filmmakers as well as companies benefit from the easy handling and the possibilities offered by an integrated licensing of the songs. In post-production, the selection typically begins with crew members suggesting favourite songs and very well-known titles to test the pace, genre or mood. However, hits by Rolling Stones, Beyoncé, Moby or similar big names are then simply unaffordable or the rights aren’t available. freque works with artificial intelligence so that it can suggest similar sounding music on the basis of the suggested songs. In future, everything will be done from a single source and the rights to the music will be made available straight from  freque. With Chief Licensing Officer Corinna C. Poeszus, they have someone on the team with over 30 years of international experience in this field working with major music labels and media companies. The possibility to offer all music catalogues according to the right piece of music and the corresponding licensing is the first solution in a tool of this kind anywhere in the world.

The beta version will be released in May and freque is about to have its most exciting year yet – as it prepares to launch into the market. As one of the participants of the German Pavilion with the Digital Hub Initiative at South by Southwest, the creative trade show for the digital, music and film industries in Austin/Texas, freque was busy introducing the trade show delegates to its services and pleased about the positive feedback coming from investors and its main target group, filmmakers from all over the world.

“After all, this is the first time that we are connecting ‘the supply chain’ for music directly with ‘the source’,” is how Justin Michael La Vallee sums it up. The market launch this year will see freque going international. The first addressees are from Germany and Hollywood.