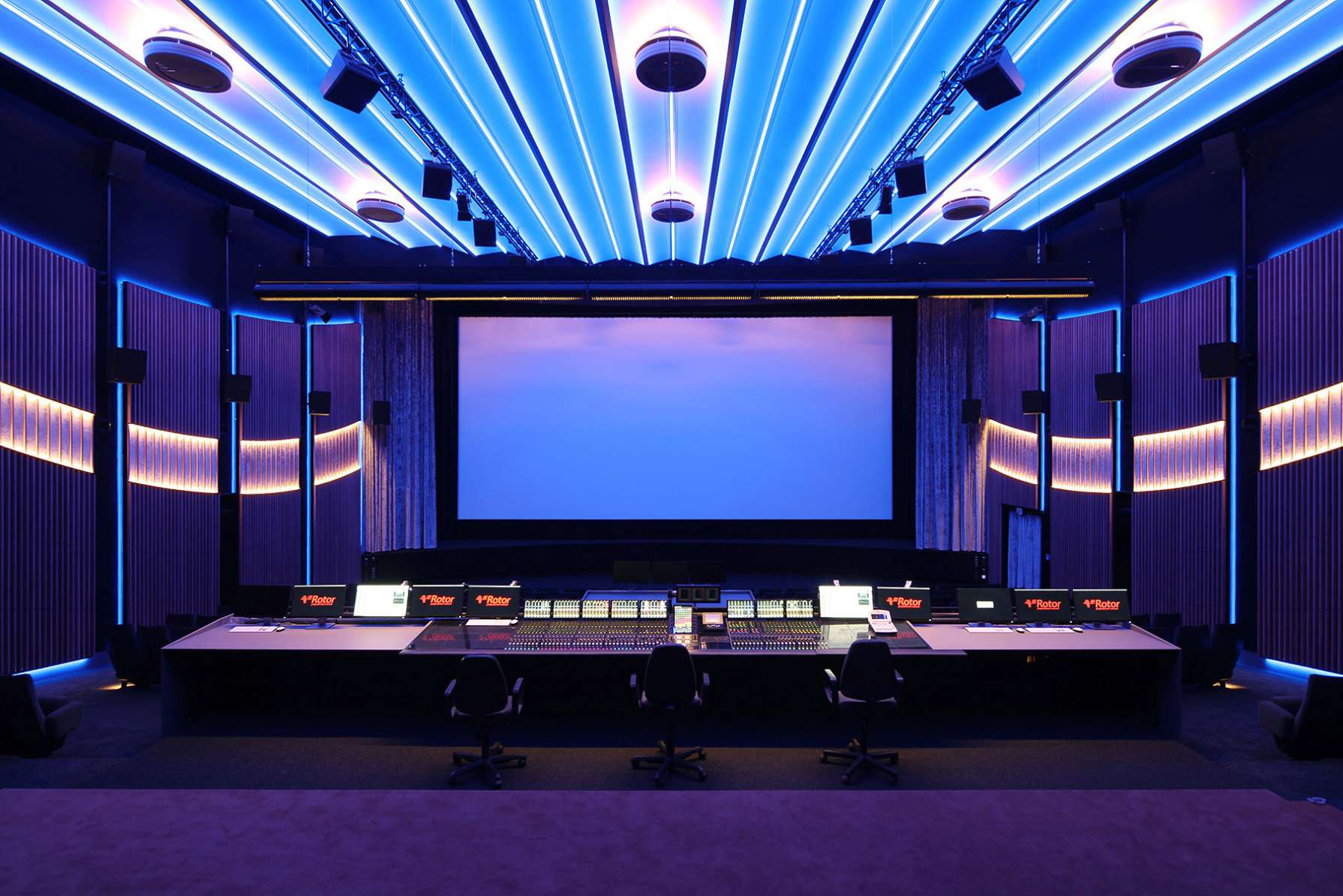 The film industry in the 21st century: streaming services are ubiquitous, virtual reality is making inroads everywhere, and films in 3D have literally reached new dimensions. But, if you look at the workflows in the background, the film industry is still a long way from being in the digital age. “Film must be thought of as IT – in that respect, the industry is still stuck in the last century,” says Holger Lehmann, CEO of Rotor Film.

The production company is an expert for all stages of post-production from dailies during shooting, through image and sound design to the film master. They have worked both nationally and internationally on such feature film productions as The Square, Iron Sky 2 or Gundermann and for streaming portals like Netflix and Amazon Prime (Deutschland 89 and Bad Banks). But, in addition to classical post-production, Rotor Film has made it its goal to rethink post-production for the future. “This would require the automation of the complex processes that have been almost factory-based and largely manual until now,” Lehmann explains.

Normally, a film will be shot, edited, the sound and images are processed, a master version is delivered, and then distributed and exploited. The stages in the production are often a logistical and temporal challenge. There are people working simultaneously at many different places in both the international and national film industries to complete a film. This results in numerous arrangements being reached between players sometimes in different countries. The content-related creative work is marked by the technical conditions and vice versa: for example, when large amounts of data are transmitted, sound processes and colour spaces are being coordinated, and last-minute changes should still be done before the final approval of the film.

This is where simplified collaborative working methods are needed with everyone having access to the same data. Previous processes cost a lot of time and resources. Time, as we all know, is money and resources like skilled workers are finite. So, how can post-production 4.0 be realised? Which additional business models can be generated around more data-driven structures? This is exactly what Rotor Film is working on in its research alliance with DWerft in Babelsberg.

Metadata play a major role here: information which is already gathered during the film production and distribution processes and embedded in the film. A technical subline, as it were, is added, helping to classify certain elements or make them quick to find. After all, the better a film is enhanced with metadata, the easier it is to find and all the more exploitable. There is a wide range of metadata that can be integrated into the film – whether it be technical information, information about its distribution or content-related information. An ideal case would see the data connecting and integrating everything to do with production, post-production, distribution and archiving.

“The metadata are thus becoming the “fuel” for artificial intelligence and a vital prerequisite,” is how Holger Lehmann describes their significance. “But the question is: how can we expand on the ideas for the use of metadata? I could store information about secondary or tertiary use in other countries or use it to analyse the optimal narrative strand for a romantic comedy. Particular places in the dialogue, additional information about film locations or music rights as well as language versions can be specifically categorised. Moreover, metadata can provide the basis for a global content database.” And that is only part of the future possibilities.

Classical metadata models are insufficient for such applications. Rotorfilm is therefore working on innovative methods to permit such data processing from the film shoot through to its distribution. For this purpose, they are developing adapters and plug-ins facilitating the extensive gathering and mapping of this data and their stringent transmission. After all, apart from developing new business models, the aim is to transfer outdated working methods into new digital workflows. Manual stages in post-production such as noise reduction or the deletion of visual continuity errors could then be automated in the future with the help of artificial intelligence.

This is the value chain Holger Lehmann at Rotor Film would now like to focus on developing together with his business partner Martin Frühmorgen: “Our vision is to become one of the leading metadata processors for the moving image”.