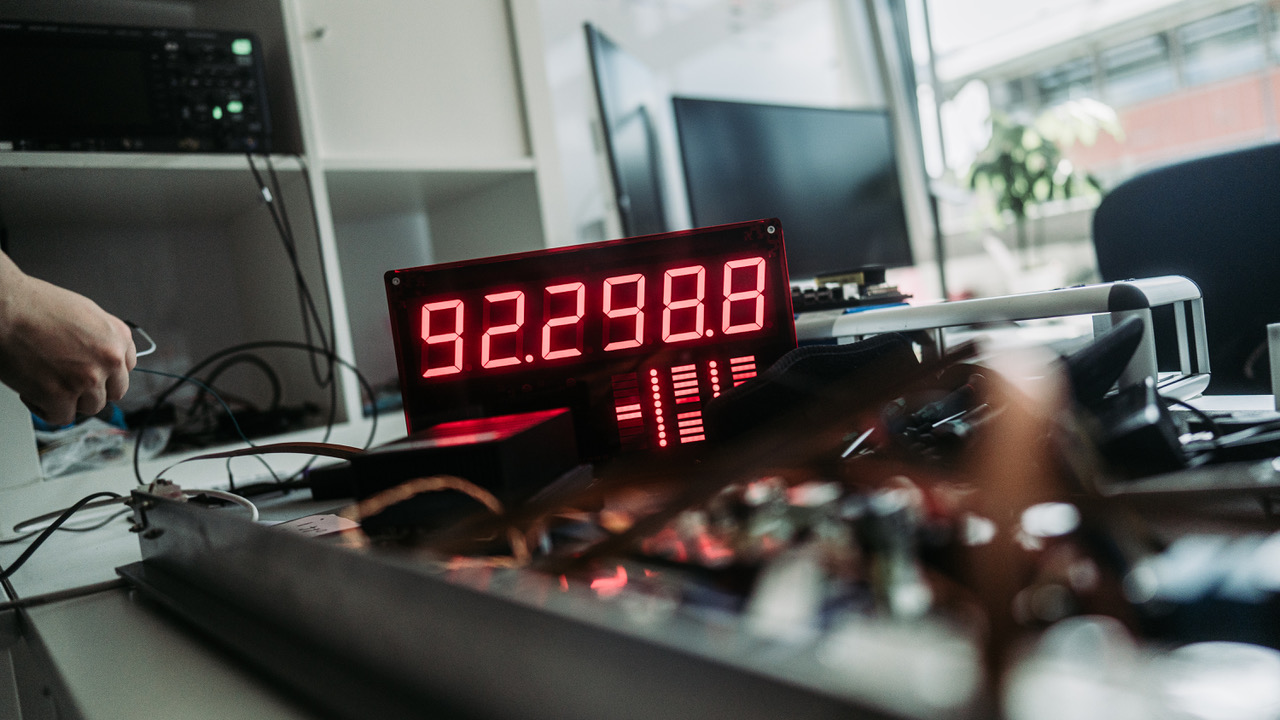 The so-called “VisionZero” is the vision of zero traffic fatalities on European roads. An ambitious goal that the EU Commission is aiming to reach by 2050. The capital region has also set itself such targets. At the moment, that is still a long way off. In February 2022, for example, the Berlin-Brandenburg Agency for Statistics registered a 44.6 per cent increase in traffic accidents on Berlin’s roads compared to the previous month. And Brandenburg also saw 16.4 per cent more people being involved in accidents in February than was the case in January 2022.1 Even though the statistics may fluctuate, we are still a long way from the mobility turnaround and SmartCities whose infrastructure would be guiding us safely through traffic on the streets.

The MediaTech Hub Accelerator start-up ROADIA would like to change this and is working on intelligent sensors to provide more safety in road traffic. And not only that. Using its hardware and artificial intelligence (AI), the traffic control centre of the future can be developed together with municipalities and communities. In order to achieve this goal, ROADIA is working on two currently independent solutions that will be merged at some time in the future into an intelligent all-in-one sensor. One solution sees a traffic monitoring sensor to replace manual traffic counting, and the other one is a speed measurement system which is currently being developed and about to be certified.

The idea came to one of ROADIA’s co-founders Tobias Fischer when he was again narrowly overtaken by a car whilst out on his bicycle. Traffic statistics do not record such “near-accidents”. But safer mobility could be ensured if one was able to identify and eliminate danger spots for different road users early on.

In fact, there is nothing new about data collection in traffic, but it’s determined by different actors and in a variety of ways. In traditional traffic counting, for example, people sit at road junctions with clipboards and pens and record the number and type of passing vehicles. Today’s traffic-light circuits, for example, work via inductive loop sensors in the ground that have to be installed there in expensive construction measures and require a high level of maintenance. The asphalt is torn open, which is something that can lead to disruptions to both the traffic flow as well as the cables and pipes installed there. ROADIA finds a remedy for this by using AI-based sensors. They detect the various vehicle categories and thus save municipalities valuable resources.

Speed measurement systems are another important factor for improving road safety. Curbing excessive speeds also reduces the danger on the roads. The measurements are recorded by means of RADAR, LIDAR, lasers and light barriers. Different hardware-based components need to work together to achieve a reading. A sensor generates the measurement, a camera documents it. However, the camera cannot record exactly what the sensor is actually doing. It only shows the frame within which a sensor is measuring vehicles or areas. This cannot be clearly monitored if other vehicle parts are influencing the measurement or if the camera angle has shifted due, for example, to a crash. ROADIA therefore relies on imaging measurement by using its own technology. What the camera optically detects and displays corresponds exactly with what is actually being measured. This does not require another external sensor since the camera measures the vehicle precisely. As a part of the raw data, these so-called measuring points are later comprehensible and transparent for all of those involved.

The sensors that ROADIA is developing here in Potsdam are AI-based. The concept is similar to that for self-driving cars, except for the fact that they are stationary rather than a moving system. The traffic-monitoring sensors detect an object moving in space and can process it. For example, a major project undertaken by ROADIA on behalf of the state of Schleswig-Holstein last year saw the sensors being used simultaneously at 140 measuring points to record traffic data. The resulting reliable data are important for indicating to the cities and municipalities the answers to the following questions: where is the traffic becoming congested? When do roads need maintenance? Where should roads be widened because the traffic has increased?

“We automate this process,” co-founder Markus Hantschmann explains. “We make sensors intelligent and train our own neural networks. To do this, we create our own software that can calculate on the hardware itself and generate information that can also be further processed in real time if necessary.”

This goes beyond pure digital development. Data collection is fully automated and more cost-efficient. By collecting the data locally on the sensors, one also save having to go the roundabout route via a cloud which works relatively slowly. “We can also measure what was previously not measurable. Distances such as the lateral distances when overtaking, for example,” Hantschmann says. This had previously only been done in the case of black spots. Distances are then drawn by hand on the ground and checks are made to see whether the set markings have been driven over.

Even though ROADIA’s technology can be used worldwide: every country, in fact every federal state, has different guidelines according to which traffic surveys operate. The Potsdam-based start-up tracks what has been defined beforehand. Typical classes, i.e. classifications of vehicles that are often tracked, include the 5 plus 1 classification which covers motorbikes, mopeds, heavy goods vehicles and buses as well as cars. Moreover, ROADIA can distinguish bicycles from cargo bikes. It needs the same distance and starting position so that the underlying artificial intelligence can process the data. Trajectory calculation can be used to show where which vehicle is located at which particular time, which lanes and routes are being used more frequently and, thus, what the traffic situation is like at the respective measuring point. For example, one can see where things are becoming precarious if two lanes keep overlapping. Typical accident black spots in cities include schools and kindergartens as well as retirement homes and other sections of roads where traffic speeds change. The intelligent algorithms can detect vehicle categories with greater accuracy than hitherto and be supplemented by individually definable sub-categories. “In the future, it will also be possible to measure bicycle traffic and integrate this into traffic light control. Or set up traffic lights in such a way that they react to the oncoming blue lights of emergency vehicles and directly switch the traffic lights for the cross traffic to red. The possibilities are there, the implementation must, of course, be tested and precisely defined,” Hantschmann says.

The traffic control centre of tomorrow is digital

In the long term, ROADIA would like to further enhance the infrastructure in Germany and Europe. The team is currently working on a project-by-project basis. While speed and distance measurements are interesting for police and regulatory authorities, improvements to the infrastructure are a subject for the private sector. Another exciting development are the so-called real lab projects which are being used to explore (digital) mobility in various cities without any regulations. Enhancing the infrastructure and improving the interaction of all road users not only ensures that there is a smooth and safe traffic flow, but is also of benefit for the environment. For example, stop-and-go traffic is the main culprit for CO2 emissions on our roads.

The ROADIA team keeps working meticulously on the measuring technology and testing the sensors on German roads. Moreover, following their successful participation in the MediaTech Hub Accelerator, they are now based in Potsdam with offices in the MediaTech Hub Space where they regularly exchange practices and knowledge with other start-ups. Legal advice or documents for hiring staff are quickly passed from hand to hand here. The challenges for start-up teams are seldom to be found in development or market entry – the hurdles are usually elsewhere. According to Hantschmann, ROADIA was surprised that the problem was not in finding staff, but rather in integrating the new employees in the metropolitan region – they always try to be there to provide support in all matters from registration formalities through to finding accommodation.

After all, ROADIA is growing and now has employees coming from eight different countries, continually developing marketable solutions and seeking to create partnerships with municipalities and other market players.