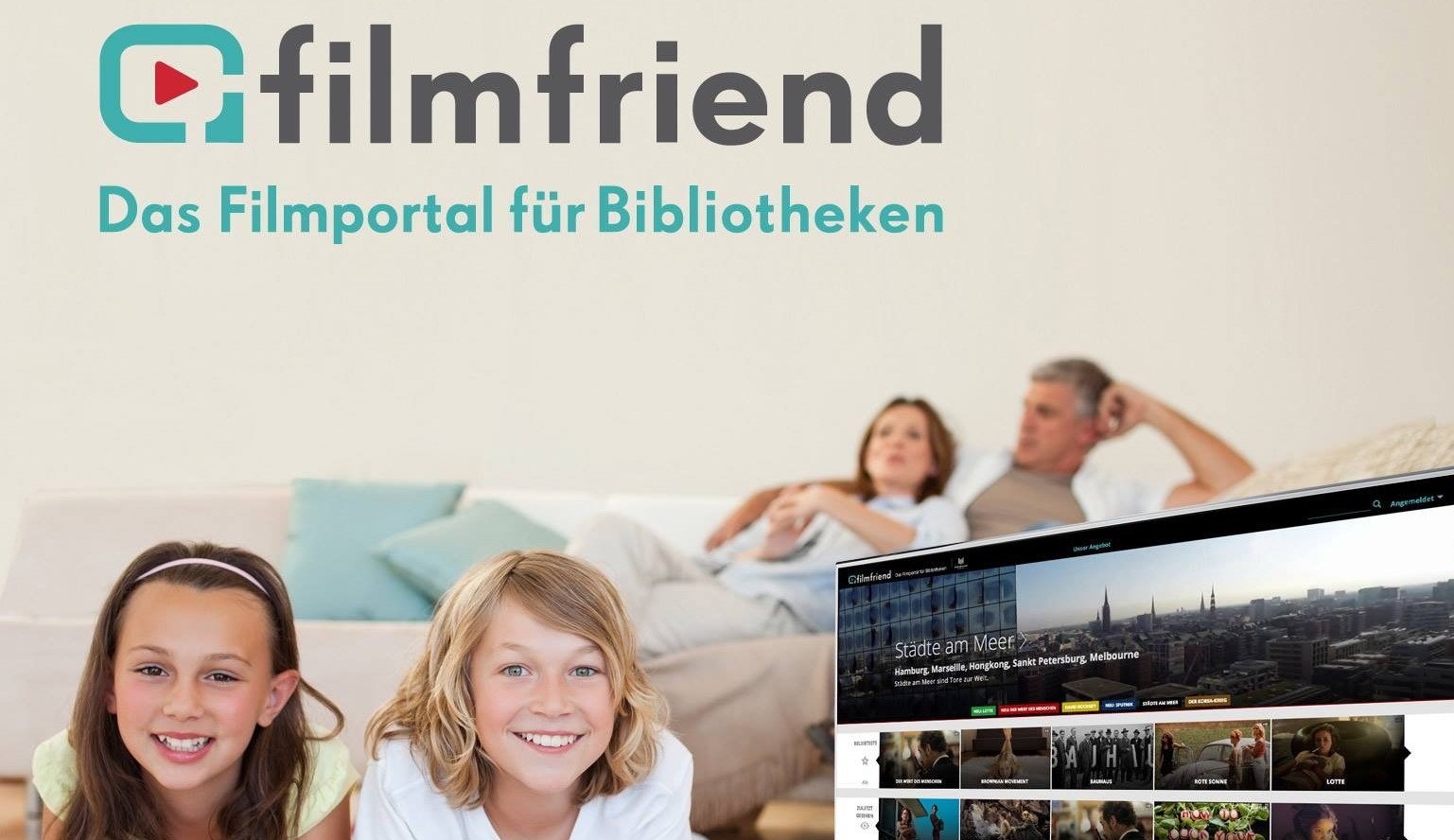 Do you like movies? Are you a real film lover? Then you might be interested in filmfriend. Thanks to the streaming service from Potsdam you can now watch films free of charge using your library card. That is, if your library has filmfriend among its range of services. This is already the case in over 70 cities and almost 100 libraries throughout Germany. Then simply register with your library card and your password at www.filmfriend.de . Your age will then be checked automatically. That means the protection of minors is guaranteed. filmfriend doesn’t collects user-related data, and advertising featured there, either.

filmfriend is the first German streaming service offered by libraries. It was launched in July 2017 – initially at the libraries in Berlin. Shortly afterwards, filmfriend was awarded the Berlin-Brandenburg Innovation Prize, the special prize for social innovation.

Apart from numerous European and international arthouse films, filmfriend’s line-up also includes mainstream films such as the very successful Inspector Dupin series or feature films like Angelique or Bibi Blocksberg, for children. In total, more than 1,500 carefully selected films are available, with more on the way. Staff carefully curate the titles that are included in the fiction, documentary, children’s and “German cinema film” sections.

The cooperation partners are the International Leipzig Festival for Documentary and Animated Film (DOKLeipzig), where an exciting compilation of films about the fall of the Berlin Wall and the peaceful revolution in the GDR has been prepared (all of them DOKLeipzig award-winning films), and the German Centre for Children’s and Youth Films (KJF) which evaluates children’s and youth films and gives age ratings invaluable for media education that are regarded as being more accurate than those issued by the FSK. At filmfriend, FSK and KJF ratings are used in parallel for children’s films.

In order to make historical film recordings of cities available, filmfriend is also working closely with city and federal state archives. The first compilations can now be found on filmfriend. These have such names as Uns kann keener and München wiederentdeckt – all of them films not available on streaming platforms like Netflix or Amazon. Further collections are set to follow.

filmfriend is a portal of filmwerte GmbH in Potsdam. The company also offers wwww.alleskino.de. Andreas Vogel is the managing director and sole shareholder. He will be presenting this service at the upcoming MediaTech Hub Conference in November and discussing what makes VOD platforms successful with Weerada Sucharitkul, the co-founder of FilmDoo (UK), a VoD platform for independent and short films with over 900,000 visitors each month, and Damian Pelliccione (USA), CEO & co-founder of Revry.tv, the first worldwide queer VoD platform. By the way, the recently published magazine Unfold features an interview with Andreas Vogel talking about how filmwerte plans to use blockchain for film distribution. You can read the whole article online on page 114.