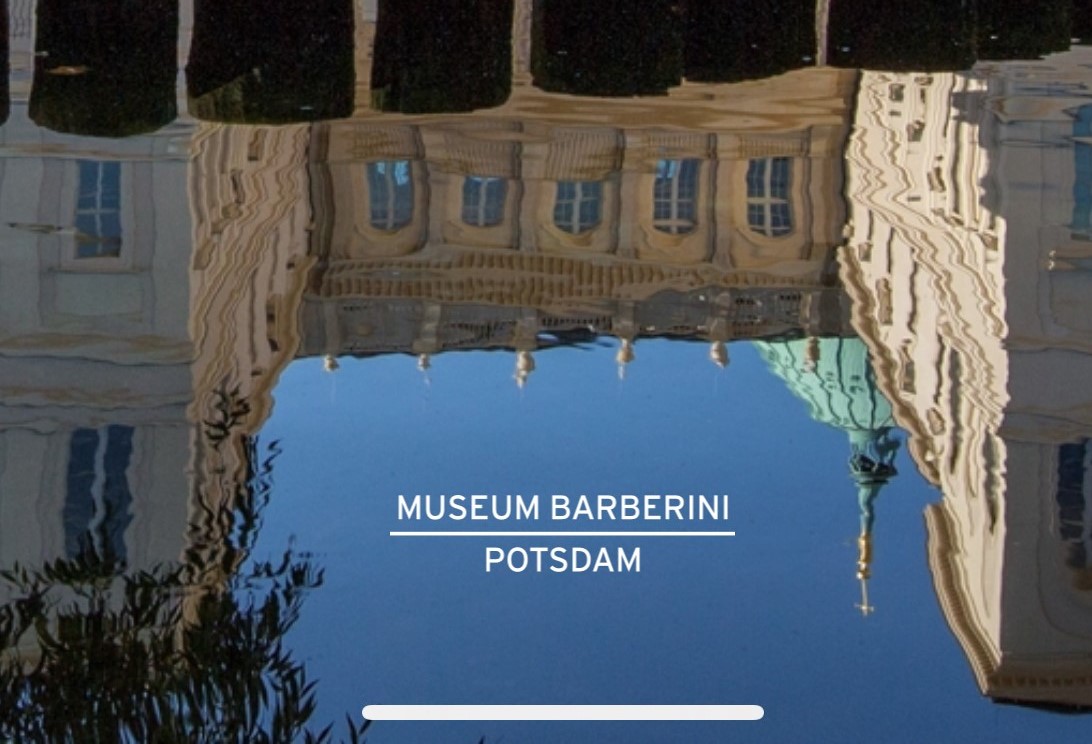 Digitisation and art: a perfect match! The Barberini Museum in Potsdam shows us the way – and reaches predominantly young people where they tend to be these days. On the web. The museum is thus taking on a pioneering role here. Visitors are guided through interactive worlds via apps. But what does the interaction look like?

Great value is placed on the digital processing of each individual exhibition at the Potsdam cultural institution which only just opened in the reconstructed Palais Barberini on 20 January, 2017. That’s not surprising given that the German software entrepreneur Hasso Plattner, the founder of SAP, was the patron of the reconstruction and responsible for the art collection.

Visitors can already download the free Barberini App in advance and receive a wealth of background information about the museum. The award-winning multimedia guide puts the apps of major museums such as the Museum of Modern Art or the Metropolitan Museum in the shade. This is not only shown by the apps’ user ratings, but also by such awards as “Gold Winner” at the Muse Award and “Silver Winner” at the Best Mobile Awards presented to the Barberini app. The app also came third in the Brandenburg Design Award. It plays a pioneering role in the cultural scene because the app can be used to buy tickets for admission directly. No more queuing at the ticket office. Just check in like for a flight.

The company behind the smart guide, MicroMovie Media, has been conceiving, designing and programming apps, digital media and content for culture and science for over 10 years. When the Potsdamers heard about the call for tender for the Barberini App, they applied, prevailed against the competition and started to develop the later award-winning smart guide for the museum. MicroMovie Media’s Managing Director Jasdan Joerges, a bioinformatician with a doctorate, who had already been a passionate programmer as a schoolboy and then worked for 10 years as a curator, exhibition planner and consultant after finishing university, brought all his passions together for the smart guide.

The complex museum platform runs on two servers. One of the servers is located directly in the museum. Visitors are then supported on site with the app to be able to explore the museum and experience art individually. People are navigated through the museum by means of a sophisticated beacon system that sends signals to visitors via Bluetooth, for example, when they enter a new room. In this way, they can experience art individually. Visitors can choose their tours from a variety of themes. Audio guides are also available. The app also provides general information about the building and the exhibitions. There is a special, playful offer for parents and their children. 360 degree tours are also offered.

An audio guide for the Potsdam city walking tour has also been available as an app since summer 2019. The focus is on the “Italian” Potsdam, sites that have models in Italy. The voice for this tour comes from none other than Günther Jauch. Beacons were located at the relevant points in Potsdam, informing the user about interesting facts via smartphone at the respective location.

The Tate Modern in London, the Rijksmuseum in Amsterdam or the Metropolitan Museum in New York have been working on digitisation for much longer than the Barberini. But these are the exceptions. “There is a huge international backlog,” says Dr. Jasdan Joerges, Managing Director of MicroMovie Media. “The Bavarian Pinakotheken, the Deutsches Museum or the Stiftung Staatliche Museen Berlin and many others are currently working intensively on this.“ This also applies to MicroMovie Media’s clients such as the Klassik Stiftung Weimar or the Humboldt Forum in Berlin. MicroMovie Media itself is currently working on the first Virtual Reality / Augmented Reality project – this time in Southern Germany. Should there be further, larger projects in this field, MicroMovie Media could well imagine working with partners from the Media Tech Hub Potsdam such as VoluCap.