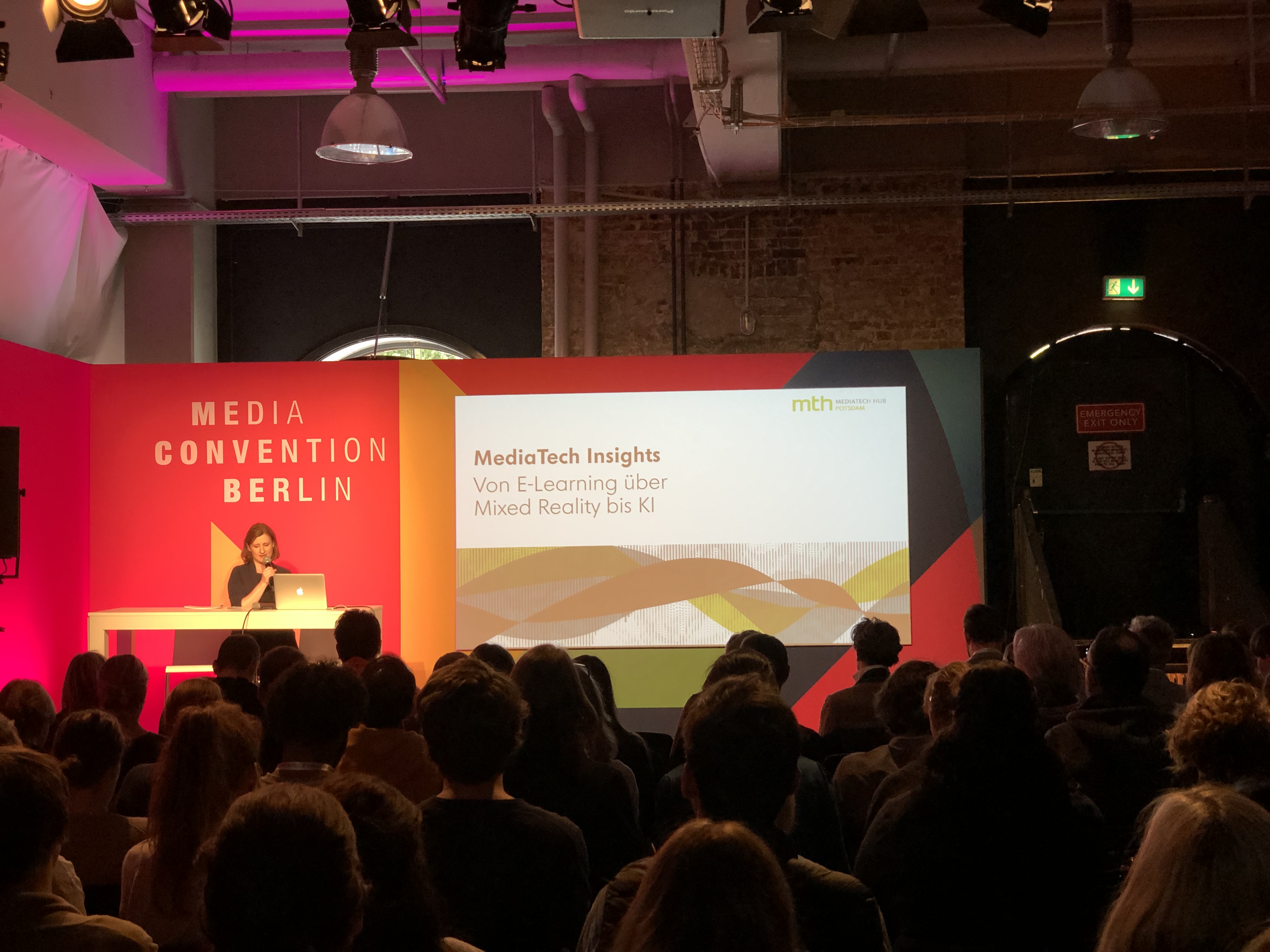 For those who missed it, our slot at this year’s MEDIA CONVENTION Berlin “MediaTech Insights: whether e-learning, mixed reality or AI” is now online (only in German).

From 6-8 May 2019 25,000 visitors attended MEDIA CONVENTION Berlin (MCB) and re:publica. The sixth MCB edition themed “Playing for Keeps” with its 2016 speakers in 63 sessions was dedicated to the enormous economic and societal changes brought about by digitalisation. MEDIA CONVENTION Berlin (MCB) is organised by Medienboard Berlin-Brandenburg (MBB) and Medienanstalt Berlin-Brandenburg (mabb) and was yet again held at STATION Berlin in cooperation with re:publica this year.

Under the title “MediaTech Insights: whether e-learning, mixed reality or AI” the MediaTech Hub Potsdam presented itself in one session. Hosted by Andrea Wickleder, four companies and projects provided insights into the entire range and willingness to cooperate of the MTH Potsdam, including Peter Effenberg on the recently launched research project dwerft and Madeleine Wolf, who wants to accelerate digital education with the start-up visionYOU. Sven Slazenger from Interlake helps clients to deal with the digital change e.g. with mixed reality solutions. And Robert Förster gave insights into the award-winning AI-Media start-up Multicast Media.