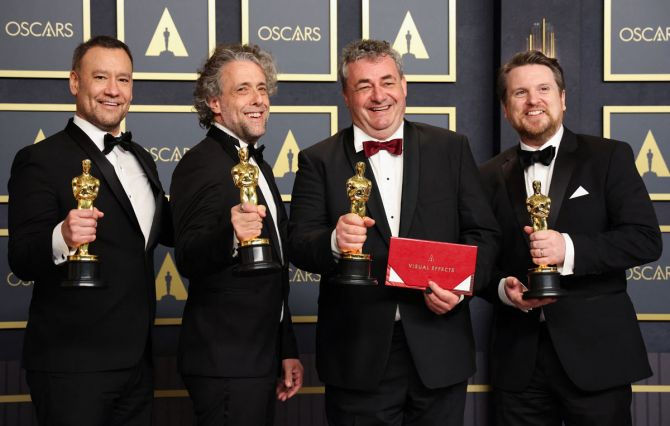 The company Nefzer Special Effects from the MediaTech Hub Potsdam Kosmos won the Oscar yesterday in the visual effects category for the science fiction film “Dune”.

We congratulate Gerd Nefzer and the whole team on their second Oscar! In 2018, Nefzer Special Effects already won the Oscar for special effects for the film “Blade Runner 2049”.

The Nefzer Special Effects company is based on the premises of Studio Babelsberg. It was founded in the 1960s by Karl Nefzer, initially as a gunsmith’s shop, then by his son Uli Nefzer as a special effects company. Gerd Nefzer joined the company in the 1990s and heads a second SFX team within the company.

Nefzer has developed a MotionBase system based on state-of-the-art industrial technology. With over 50 years of experience in the film industry, Nefzer’s goal and vision is to turn fantasy into reality.

More news about the MediaTech Hub Potsdam companies and institutions can be read here.