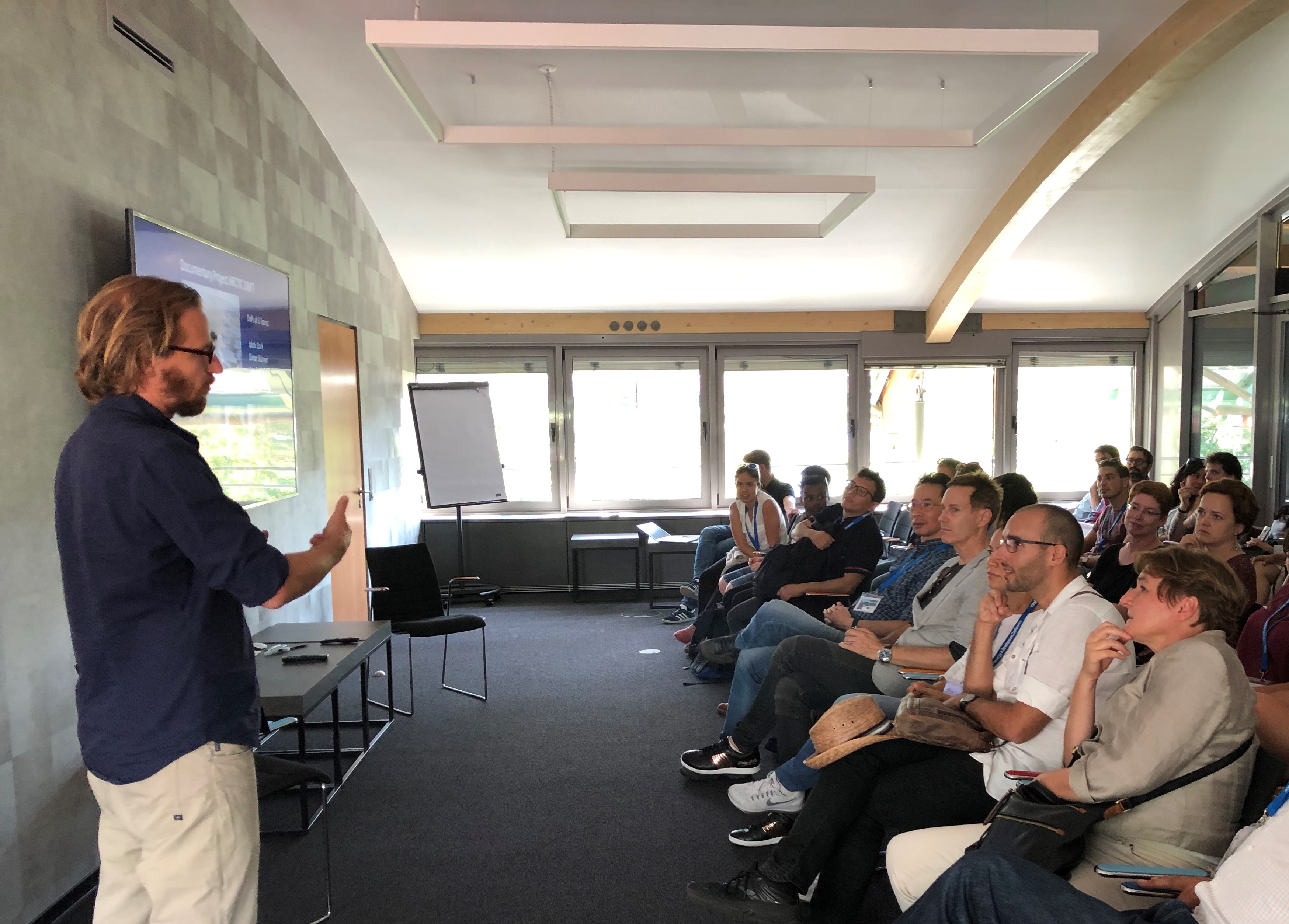 Whether it be politics or international science – even in summer there was a lot going on at the MediaTech Hub Potsdam – exchange and experience included.

Just like last year, Thomas Kralinski, state secretary, visited about 20 digital projects throughout the country, including the MediaTech Hub Potsdam, as part of a digital political summer trip.

As part of the Potsdam Summer School 2019, the MediaTech Hub Potsdam welcomed more than 40 guests at the end of August. How can scientists address audiences from other societal areas? At this year’s Potsdam Summer School from August 20 to 29, 2019, the importance of science communication took center stage. During the ten-day program, the international participants developed communication strategies for various target groups using PR as well as traditional and new media. The program included a three-hour visit at the MediaTech Hub Potsdam, where companies as well as start-ups exchanged their experiences with the participants. In partnership with Geo.X and the City of Potsdam, the 2019 Potsdam Summer School was jointly organised by the Alfred Wegener Institute, Helmholtz Centre for Polar and Marine Research (AWI), the Helmholtz-Centre Potsdam – GFZ German Research Centre for Geosciences, the Institute for Advanced Sustainability Studies (IASS), the Potsdam Institute for Climate Impact Research (PIK) and the University of Potsdam.