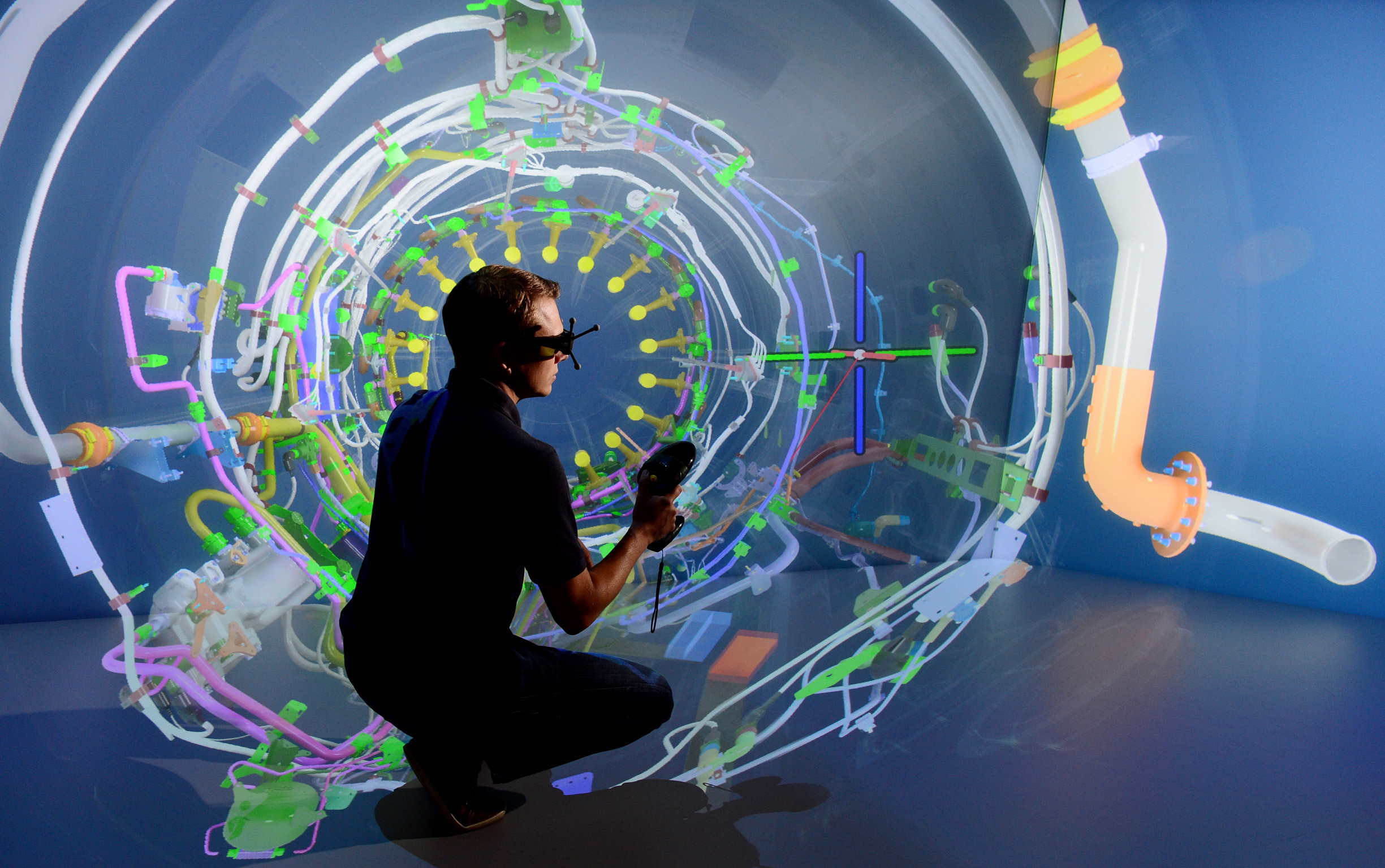 Whoever gets out at the last stop of the S2 in Blankenfelde on the way from Berlin to Rolls Royce in Dahlewitz has left the big city far behind them. Only the planes in the sky taking off and landing at nearby Schoenefeld give a hint of the proximity to Berlin. The multicultural composition of the people arriving in Dahlewitz is striking. They all have a common goal: the Rolls Royce factory in Dahlewitz, just a 15-minute bus journey away, is located on a huge site with several large halls. 2,800 people from 50 nations are working there. The plant for the construction of aircraft engines was founded in 1990, immediately after the fall of the Berlin Wall, as a joint venture with BMW. Ten years later, BMW then made an exit from the venture. Since then, the plant in Dahlewitz has been a wholly-owned subsidiary of Rolls Royce in England. Some of the engines built in Dahlewitz are installed in the aircraft that now fly over Dahlewitz.

A big draw for visitors at Rolls Royce is the Cave Automatic Virtual Environment (CAVE), a space into which a three-dimensional virtual reality world is projected. It was developed in this particular form for Dahlewitz. Everybody can immerse themselves there in virtual worlds without the need for the head-mounted displays (HMD) that are normally required for virtual reality. Three walls and the floor are used as screens. A master puts on master glasses and holds a flystick in their hand. Both devices are equipped with motion capture, i.e. a tracking system that detects movement in order to adjust the images one is seeing. Other participants just need 3D glasses. The closer they follow the master, the nearer their perception will be to that of the master. Rolls Royce had been developing this CAVE system with an open design together with the BTU Cottbus between 2010 and 2014. The space was ready for use two years later, in 2016. Engineers can present current project statuses there as well as convene kick-off meetings for new projects. The aim is to save money and time by using virtual reality. A new model for a complete engine from the engineers’ database can be converted into a virtual reality model and presented in Dahlewitz in five to six hours.

Development engineer Stephan Rogge explains: “We simply extract the data for the engine from our system. All components are defined there”. Years before the very first component for an engine has been produced as hardware, the virtual reality version of an engine can be examined from all sides with all of its 27,000 parts, and defects can be identified at an early stage and in cost-effective way. Certain tools had to be produced for the new development of a high-performance transmission. It was apparent during the visualisation in virtual reality that there were problems with one of the components. The supplier was then able to make adjustments.

Visitors currently get to see the Rolls Royce BR 725 engine as a virtual reality model in candy colours that is already in use. Every screw, every washer is present. With the flystick, every one of the 27,000 components can be touched and moved. The model can be viewed from all sides. Whoever wants to can stick their head through the openings into the interior. However, the individual parts simply penetrate the other material if they don’t fit through openings. Work is still underway on a model that would block if something doesn’t fit through the openings. “Fortunately, you can’t do much damage virtually,” Stephan Rogge laughs.

So far, it is not yet mandatory for engineers to use virtual reality for their projects. “However, in the future, its deployment is set to become an integral part of the process here,” says press spokesperson Stefan Wriege. “We want to use it to accelerate work processes everywhere”. Although he can’t say exactly how long this will take. He expects this to be in a few months’ time.

More stories about media technologies from Potsdam on 178 pages in the UNFOLD magazine (in German).