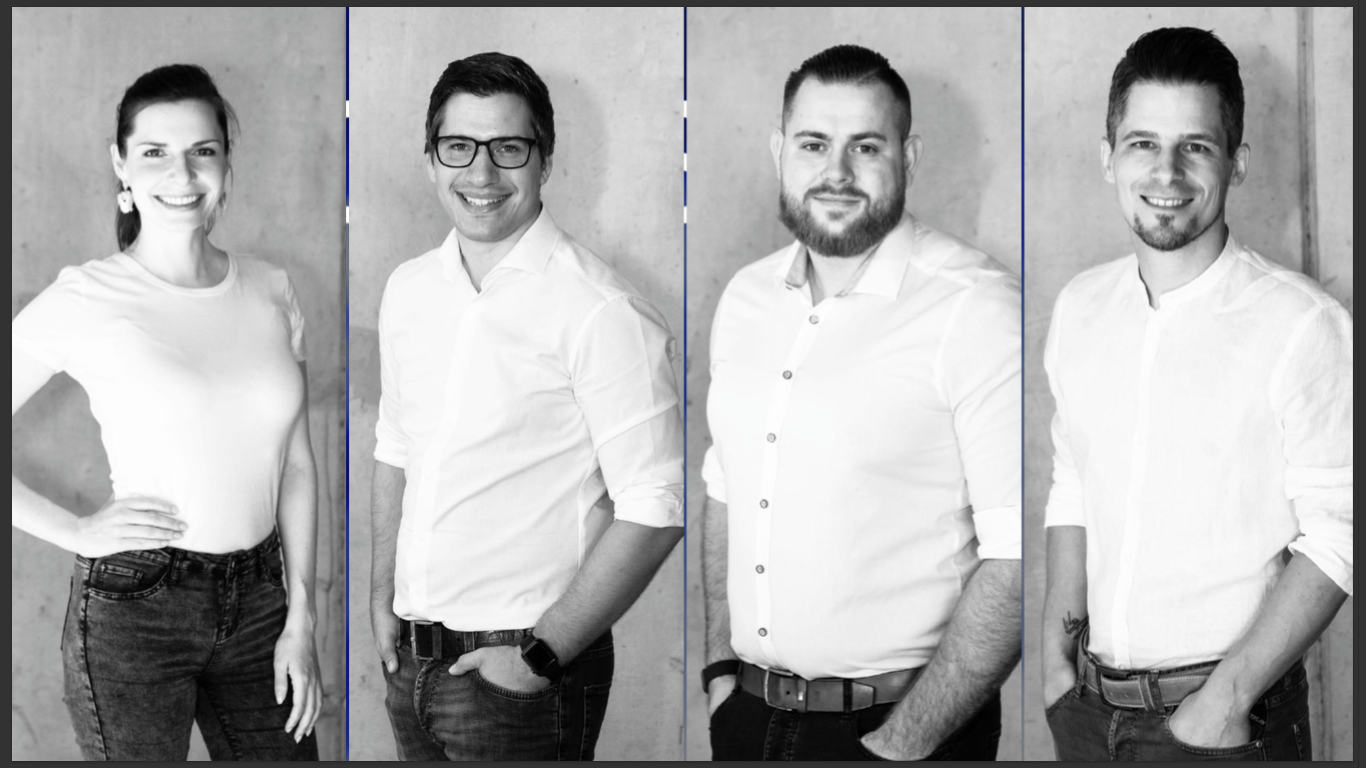 The audio market is booming and podcasts have long ceased to be a trend. Messages via audio are spontaneous, authentic, close. What’s more, voice messages can be listened to asynchronously, whether whilst driving or walking, and we aren’t then interrupted in our current activity by a telephone call. Unlike in our daily lives where voice messages have now become an integral part of our ways of communication, the audio boom has not yet reached internal corporate communication.

Although some companies produce their own podcasts, these rarely address their own employees. And this is exactly where the start-up si:cross sees potential that can be mobilised and exploited with its micropodcasting software. Last year, the team of founders participated in the MediaTech Hub Accelerator and has been active in the B2B market with the si:cross software since the end of 2020. CEO and co-founder Rona van der Zander explains: “Our vision is to make corporate communication fit for the digital and decentralised future of the working world. It’s not a question of establishing another medium – rather, it’s about organising things in a way so that we are thenn all better off. The communication channels should be made easier. We often see lots of videos being produced and emails being sent to and fro where the content could also be transported as audio-messages. That would enable the listener to get away from their screen and have a run through the forest or go for a walk. Get out into the fresh air. And do that precisely when I can and want to, and not be constantly on call and reacting immediately.” Audio lets teams connect in a different way and strengthen trust through transparent and direct communication.

si:cross works as a mobile app that is available in the Appstore. The workforce can access their personal feed via the company’s own license. In order to make this as simple and intuitive as possible, the feed can be classiified according to so-called subject areas and thus prevent an „information overload“. The focus here is on the audio-messages and less on the time-consuming production of a podcast. Ideally, the company’s own audio platform should offer a good mix of internal information, knowledge and progress reports to which all or certain departments have access. As with other platforms, content can be internally liked, shared or recommended. Analytics evaluate which subjects are particularly important for the employees.

Apart from knowledge transfer, CEO Rona van der Zander also sees audio as having a major advantage for issues related to the transformation processes within the companies. Many managers need to ask themselves: how can I get the employees to join me on this journey? How do I reach everyone and communicate change? An audio message from the CEO explaining the next steps comes with a more personal touch than a strategy paper sent by email. “Initially, it was established companies in the main who showed interest in si:cross. It’s precisely those classic sectors like banks as well as the construction or automotive industries who are now facing the challenge of major transformation. But we are also now being increasingly approached by start-ups who have seen rapid growth and would like to use the medium for better internal communication,” says van der Zander.

The trend is increasingly moving towards decentralised working which became more apparent during the COVID-19 pandemic as people were forced to switch to working from home. Companies with several locations around the globe face the daily challenge of skilfully organising the flow of information. With si:cross, colleagues can update themselves in the form of five-minute audio-messages and thus compensate for possible staff absences in meetings, stay in the loop about the current status of negotiations and replace the time-consuming reading of documents by concise audio-messages.

“For example, we got to know a pharmaceutical company that is visiting clinics and research facilities around the world and was regularly writing up the lessons in reports. They then started to include small audio snippets and also upload a podcast instead of making elaborate reports. This was very well received within the company,” says van der Zander describing a use case. This is where the entertainment factor of audio-messages comes into play. But the software is not only meant to encourage people to listen. The participation effect is something si:cross regards as being one of the audio format’s strengths: “We want to encourage the employees to communicate. If they participate, they can all advance and share issues. It’s precisely at this point in time when we’re all living in the virtual space that audio can really reach us on the emotional and personal level.” As the app’s content is only intended for internal corporate communication, special safeguards were put in place at the backend as well as compliance with the highest German security standards.

Sharing of information, democratisation of knowledge and innovation: how working life could look in the future is a subject regularly addressed by the si:cross team itself in its podcast with interview guests. If you would like to learn more, you can listen to the si:cast format here.