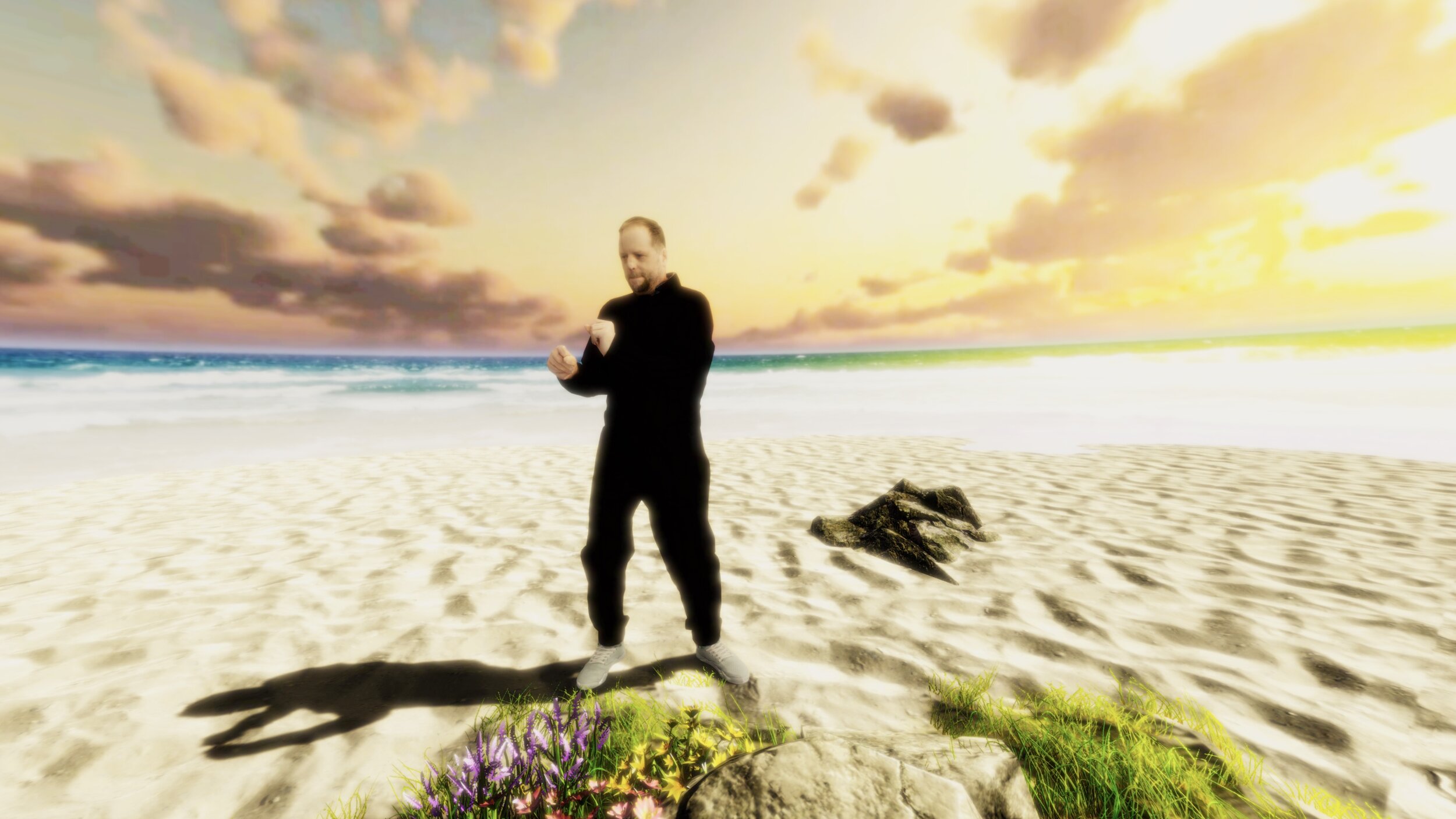 The Volucap has now been an integral part of the studio lot in Potsdam-Babelsberg over the past two years. The studio was already considered to be a milestone on its opening, and it is the first volumetric production studio worldwide with a resolution of over 600 megapixels. How has the studio developed? What has happened in the two years since its opening? That’s what we wanted to know from Sven Bliedung, Managing Director of Volucap GmbH.

The initiative was launched in June 2018 after an operating consortium consisting of Cine Technik, Fraunhofer Heinrich Hertz Institute, Interlake System, Studio Babelsberg and UFA joined forces. Since then, special camera and software technology has been used here at Volucap to record lifelike, three-dimensional pictures of people, process them digitally and embed them like holograms in a virtual or augmented reality environment. The high camera resolution, in particular, allows for a very detailed, photorealistic three-dimensional recording of people in motion (so-called volumetric captures – Volucaps).

When you enter one part of the studio complex at the fx.Center Potsdam-Babelsberg, you find yourself in a large, brightly illuminated and round white room. 32 high-resolution cameras are installed all around this white rotunda and are linked to a special 3D technology. “We had been thinking exclusively about VR and AR projects for the first phase after the launch, and estimated that we would need five to six years to achieve the quality for cinema productions,” Sven Bliedung says about the initial forecasts.

It turned out quite differently and, above all, much quicker: he and his team are already working on an international cinema production. Although Bliedung can’t yet say which one. Apart from the innovative technology, the initiative has also benefited from the proximity to the Babelsberg film studios which are regularly hosting major Hollywood productions. Short distances on the studio lot as well as contacts to the industry and swift decision-making processes between the public authorities and funding institutions also play their part.

Volucap has established itself during the past two years and realised projects in various sectors ranging from advertising through music, art and gaming to industry. Sportsmen and musicians numbered among the first clients after the opening. For example, a sportsman was scanned along with his movements and then transferred to a digital basketball court that had previously been developed by another company. Musicians such as the Fantastischen Vier and The Boss Hoss were filmed volumetrically and produced interactive versions of themselves.

However, the technology of the volumetric film is at the very beginning. “We are at the limit of what is currently technically possible,” says Bliedung. Many companies in Berlin and Brandenburg initially didn’t know how they would be able to use the technology offered by Volucap. The team headed up by Sven Bliedung had to focus a lot on communication and, above all, on providing technical support. The scanned data had to accessible to use for the clients. Volucap has itself therefore developed solutions in order to make the input of the data as simple as possible and enable it to integrated into different video programmes. Rendering, ink – just like in filmmaking, there are many disciplines coming together here, so it must be possible to adjust and process the data of the digital persons in a proper way. Finding new, fast and unconventional ways: the start-up mentality within the team is coming up trumps.

But it’s not only the technology that has to be communicated to the clients, since the consumers’ viewing habits aren’t yet keeping pace with the three-dimensional cinema experiences. This is comparable to those days when cinema was in its infancy and an approaching train on the screen put the fear of God into the audience for the first time. The visual language and camera angles are new in volumetric film, but so is the way that emotions and stories can be represented. It is a long way to the mainstream medium, but the walk-in film is already a reality here in Babelsberg. Using VR glasses, viewers can move around in an augmented reality production and meet the volumetrically recorded actors in person, walk around them or observe them in their scenes from a distance.

One particular project, for example, is “Tagesschau 2025”, developed for IFA 2019. The three-dimensional version of the well-known news programme – by definition a sober format thriving on authenticity – showed news anchor Linda Zervakis as an authentic digital person. Visitors to the IFA were able to watch the Tagesschau in a living room via Augmented Reality, take pictures with the news anchor, see the burning cathedral of Notre Dame as if live, and it started to rain during the weather forecast. This shows how the new three-dimensional presentation will also change the way documentaries, sports events or concerts are filmed. The users can start generating content themselves, they can be on stage with their favourite musicians, or have a more emotional access to historical events as shown in the latest project, the short film “Ernst Grube – The Legacy” about a Holocaust survivor. In the form of a walk-in film, the contemporary documentary aims to make an impressive and lively contribution to European memory culture for use in museums and schools.

The developments of the past two years have seen the representation of the scanned people become sharper and more accurate. Virtual Reality is gaining ground in the consumer segment. That is also shown by the growing range of mixed reality glasses on the market that are moving away from the cumbersome and large models of the first generation towards more user-friendly ones. “The way we consume media will be completely different in three years’ time,” Bliedung says with conviction. So-called “1st person content” is already picking up speed. 70 percent of Volucap’s production capacity is now for the entertainment industry, with the remaining 30 percent for industrial clients. And it is not only cinema-goers who are being presented with new possibilities – Volucap is also offering directors other tracking shots, camera angles and ways of using their actors. With the current production, they are in fact the very first internationally to be using such technology for the cinema.